History of the practice

Felsberg was established by its name founder Thomas Benes Felsberg in 1970. He continues to practice at the firm in addition to his consultancy work for the World Bank and his collaborative work with the International Monetary Fund.

Back in 2001, the firm merged with the law offices of Carlos Miguel Aidar to become Felsberg, Pedretti, Mannrich e Aidar Advogados, and in February 2014 it also entered into an association with Rio-based corporate boutique Vitor Costa Advogados

The firm’s base is in the city of São Paulo, with two other Brazilian offices placed in Rio de Janeiro and Brasília. In 2015 it opened a new office in Miami after combining its New York and Washington, DC teams.

It is also the only Brazilian member of the Meritas network of international law firms.

Felsberg made its name as a leading practice in the Brazilian market with its debtor-side work, but as restructurings in Brazil proliferate its creditor-side appointments have started to increase.

Nearly all major restructuring and insolvency cases occurring in Brazil feature Felsberg on their counsel lists.

Notably, it advised Brazilian infrastructure and energy giant Inepar Group with its massive US$1.3 billion restructuring, which was successfully concluded in the first half of 2015.

In what has been a very busy year, a team led by Thomas Felsberg has been helping to draft an alternative restructuring plan for Brazilian telecoms company Oi, in the biggest bankruptcy case in Brazil’s history.

It has also counseled clothes retailer Colombo restructure its US$480 million debt pile, which is said to be Brazil’s largest ever extrajudicial reorganisaiton.

Elsewhere, Felsberg advised Brazilian oil logistics company Lupatech Group on its global restructuring, with cases before courts in Brazil and a Chapter 15 filing in New York – its second such filing in two years – and assisted Canadian fertiliser company MBAC with it successful US$235 million prepackaged restructuring.

The firm further counselled sugar and ethanol producer Tonon Bioenergia in Brazilian and US court-supervised restructuring proceedings, and Brazilian tyre manufacturer Borrachas Vipal as it restructured the US$312 million debt it holds with seven major banks including HSBC and Banco Santander.

To deal with the significant demand the firm moved to larger premises in Rio in November, and added partner Fabiana Bruno Solano Pereira in São Paulo and Miami, as well as promoting Pedro Bianchi to the partnership after two years with the firm.

FELSBERG ADVOGADOS is a full-service law firm with significant experience in complex business transactions, such as privatizations, project finance transactions, corporate restructurings, and mergers and acquisitions, and a tradition of exceptional quality and personal service.

Well-known for its work in global transactions, FELSBERG ADVOGADOS has a dynamic team of professionals with extensive international exposure, including working with foreign parties and issues and sensitive to foreign cultural matters in negotiations and transactions. The firm also provides its lawyers with the resources and technology to provide legal solutions and service that meet and exceed the challenges faced by our clients. 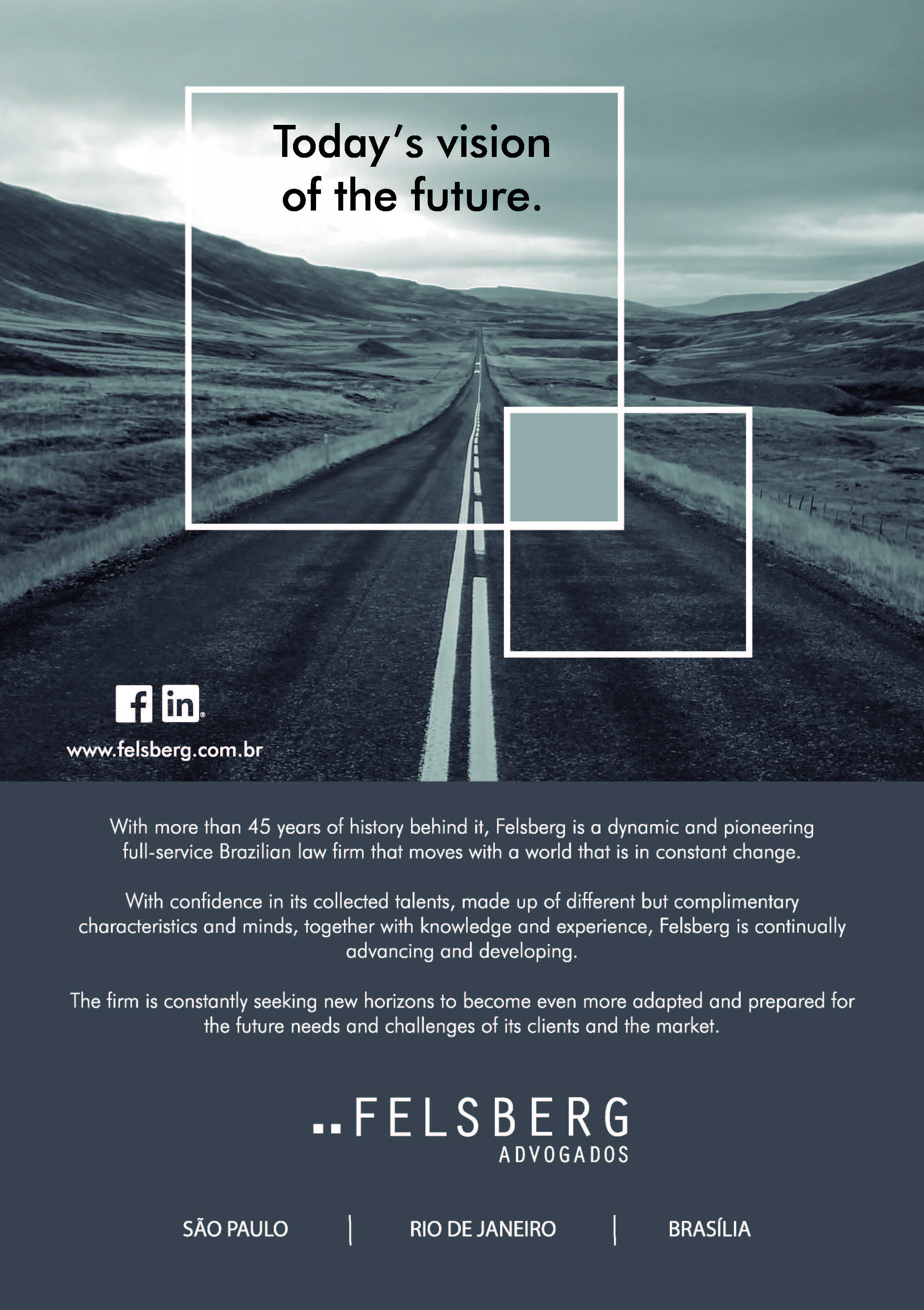