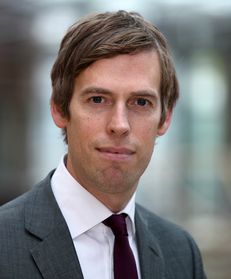 Vincent often works on complex matters in international settings and has worked on ground-breaking cases where Dutch entities were involved in US Chapter 11 proceedings, schemes of arrangement, and other foreign restructuring and insolvency proceedings (including Brazilian judicial restructuring proceedings).

Vincent also has broad experience in financing transactions. He headed the London office of Loyens & Loeff from 2014 until 2018. His clients include investors, debtors and financial institutions. Vincent regularly contributes to both Dutch and international publications.

Recent matters that Vincent worked on include representing a security agent in summary proceedings before the Netherlands Commercial Court in a dispute about the transfer of (pledged) shares in a large internationally operating shipbuilder; advising the Dutch headquartered syncreon Group in its debt restructuring; advising the Oi Telecom Group in its debt restructuring; and advising a group of bondholders on the Dutch law aspect of the restructuring of the Steinhoff Group.