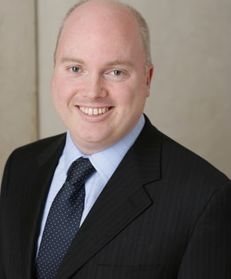 Mr Graulich is a partner in Davis Polk’s insolvency and restructuring group. He is a recognised leader in the restructuring field, having played a high-profile and instrumental role in numerous significant restructurings and bankruptcies, including a key role in many of the most important cross-border cases in the past several years. Mr Graulich’s recent cross-border representations include representing Fung Retailing in the Chapter 11 cases of Toys R Us; the foreign representative in the Chapter 15 case of ENNIA; Volkswagen AG on the restructuring of Takata Corp; Embraport on its out-of-court restructuring; the joint administrators of Lehman Brothers International (Europe) on claims against Lehman Brothers Inc in the largest SIPC case in history; and the foreign representatives of Elpida Memory, Inc in the first-ever Chapter 15 recognition of a Japanese reorganisation case. His more notable domestic representations include representing the steering committee of secured lenders to C&J Energy Services; and the largest creditor and commercial counterparty on the litigation of the assumption of AAdvantage Program agreements. Mr Graulich also plays a key role in the firm’s representation of certain global financial institutions on their Dodd Frank resolution planning. Mr Graulich has received a number of recent honours, including being named as one of Turnarounds & Workouts’ ‘Outstanding Restructuring Lawyers’, and recognition in Chambers and New York Super Lawyers. Mr Graulich is a frequent author, lecturer and panellist on a broad range of bankruptcy topics. He is an INSOL Fellow, co-chair of the American Bankruptcy Institute 2017 NYC Bankruptcy Conference, and co-chair of the IBA Insolvency Section’s Legislation and Policy Subcommittee.