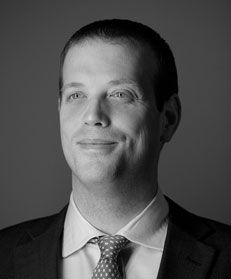 Roger is a Fellow of INSOL International and has considerable domestic and cross border insolvency expertise, working with companies, insolvency office holders and other stakeholders in a variety of jurisdictions.

Roger is one of the lead restructuring partners working on Charles Russell Speechlys’ appointment as the external administrator of Bahraini bank Awal Bank (with balance sheet assets of approximately US$6 billion) on behalf of the Central Bank of Bahrain, which has involved litigation in the United States, Cayman Islands, the United Kingdom, Switzerland and across the Middle East. He also advised the Government of The Commonwealth of the Bahamas in relation to the over US$3 billion development of mega resort Baha Mar. He advised the government in response to the project’s developer filing for Chapter 11 Bankruptcy in the United States, which involved successfully opposing the recognition of US Chapter 11 in the Bahamas Court, petitioning for the appointment of provisional liquidators and advising the government on its strategy throughout.

In the United Kingdom, Roger acts for insolvency practitioners in pursuing officeholder (and other) claims to make recoveries for creditors, as well as acting for defendants in the defence of those claims.

Roger specialises in contentious insolvency matters and has particular expertise in real estate-related insolvency issues. He is the co-author of Jordan Publishing’s Property Insolvency (2nd ed, 2015) and regularly speaks at seminars and conferences, including the Royal Institution of Chartered Surveyors, the National Association of Non-Administrative Receivers, Butterworths and R3.