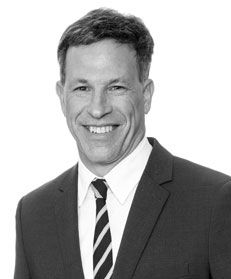 Richard Cooper’s practice focuses on domestic and international restructurings. He has advised clients involved in some of the most prominent and noteworthy restructurings in the United States and Latin America over the last two decades.

Rich is recognised as one of the leading restructuring lawyers in the United States and the ‘go-to’ person for cross-border restructurings. Rich was part of the Cleary team that represented the US Treasury in its financial assistance programme to US air carriers, and the Canadian government in connection with its financial assistance efforts to large public and private companies. He is representing Garuda Airlines, the state-owned Indonesian airline, in its restructuring process and has represented the governments of Puerto Rico, Mexico, Lebanon, Indonesia and Colombia in restructuring and liability management matters.

Among other ongoing matters, Rich is currently representing LATAM Airlines as debtors, as well as advising Apollo Capital as DIP lender (and various creditors) to Grupo Aeroméxico, in their respective restructurings under Chapter 11. He also is representing ad hoc creditor committees in the Chapter 11 proceedings of Stoneway Capital and the DIP lenders and ad hoc creditor committee in Alphacredit, and is representing Groupo Posados, one of the region’s largest hotel and resort companies, in its pre-packaged Chapter 11 proceeding.

He received a JD from Columbia Law School, an MSc from the University of London, and a BA from Duke University.