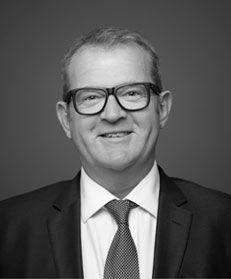 Patrick is head of the firm’s Middle East Dispute Resolution team, which comprises over 15 dispute resolution lawyers in the team’s three offices in Dubai, Bahrain and Qatar. He has over 23 years of experience in arbitration, litigation and mediation, with an emphasis on international insolvency disputes, and is recognised as a leading individual in both Chambers Global and The Legal 500.

Patrick is one of the lead partners working on Charles Russell Speechlys’ appointment as the external administrator of Bahraini bank Awal Bank (with balance sheet assets of approximately US$6 billion) on behalf of the Central Bank of Bahrain, which has involved litigation and arbitration in Bahrain, Saudi Arabia, Kuwait, the United States, Cayman Islands, the United Kingdom and Switzerland

He has conducted litigation and arbitration in Bahrain, Qatar, Kuwait, Saudi Arabia, Egypt, the United Arab Emirates, the United States, France, Germany and Switzerland as well as all the courts in the United Kingdom

Patrick became a Fellow of the Chartered Institute of Arbitrators in September 2018.