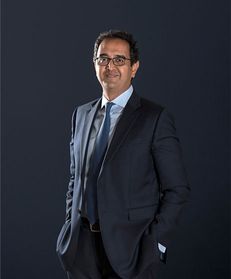 Nilang is a senior partner at AZB & Partners and a key part of the firm’s Insolvency and Bankruptcy Code and restructuring practice. He advises resolution professionals, committees of creditors, interim finance providers, creditors and IBC resolution applicants. He has been involved in some of India’s largest and most complicated IBC processes and related restructurings, including DHFL, Reliance Capital, Essar Steel, Bhushan Steel, Lanco Infratech, Era Infra, Reliance Communications, Alok Industries, Jaypee Infratech, ABG Shipyard and others.

He has also advised the RBI, India’s central bank, and has participated in meetings with the judges of the IBC courts and the Ministry of Corporate Affairs in relation to the Insolvency and Bankruptcy Code.

Nilang is an Indian advocate and chartered accountant and qualified as an English solicitor. He is ranked as Band 1 or equivalent by legal commentaries including Chambers and Partners, The Legal 500, IFLR1000, Asian Legal Business and others for restructuring and insolvency in India.