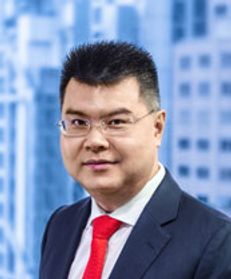 Look is the only barrister in Hong Kong listed in Who’s Who Legal: Restructuring & Insolvency. Look has over two decades of extensive experience in company, commercial and financial disputes and advisory work. He is internationally well known for his high level of legal expertise and frequently advises on transactions involving novel and complex legal issues. He often works on prominent and precedent-setting cases. He also often provides expert evidence in foreign court and arbitration proceedings.

Look has internationally renowned expertise in corporate insolvency and restructuring, with a strong focus on cross-border matters.

Look is also a Door Tenant at Erskine Chambers in London, a widely recognised, pre-eminent set of barristers for company, insolvency and commercial disputes and advisory work.

Before joining the Bar, he practised for more than 15 years as a solicitor in London and Hong Kong at Freshfields Bruckhaus Deringer and was the Asia head of restructuring and insolvency.

Look has published extensively on insolvency matters, and his publications are widely cited internationally, including with approval by the Hong Kong High Court, the UK Supreme Court and the US Bankruptcy Court, among other courts.