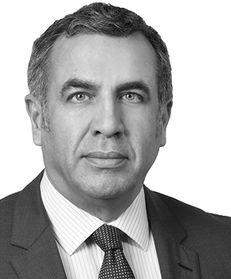 In his Bermuda role, he leads the Bermuda insolvency and restructuring team and the regulatory disputes team.

He specialises in the areas of commercial litigation, restructuring, insolvency litigation, funds litigation and regulatory matters. He has represented clients in a wide variety of commercial disputes in Bermuda, England, the United States, Europe and Asia. He is also frequently involved in major arbitrations in Bermuda and internationally in both commercial, and insurance and reinsurance matters. Prior to joining Appleby, John practised in London and Hong Kong with a major international firm. John has been admitted in Bermuda, England, New York, Hong Kong, British Virgin Islands and British Columbia.