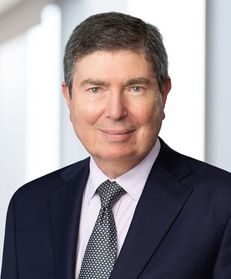 James M Peck, formerly a United States bankruptcy judge in the Southern District of New York, retired from the bench in 2014 and is now global head of Morrison & Foerster’s cross-border business restructuring and insolvency group.

During his judicial career, Judge Peck presided over the Chapter 11 and Securities Investor Protection Act Lehman Brothers cases and other major cases, including the Iridium, Quebecor, Charter Communications, Extended Stay Hotels and ION Media Chapter 11 cases, and the Japan Airlines Chapter 15 case. As a sitting judge, he successfully mediated some of the most complex Chapter 11 cases, including American Airlines, MF Global, Residential Capital, General Motors and Excel Maritime.

Judge Peck is a frequent speaker at insolvency conferences domestically and worldwide. He has been appointed to selective international mediation panels, including the Mediation College of INSOL International and the Singapore Mediation Centre.

Judge Peck is a fellow of the American College of Bankruptcy and a past president of the International Insolvency Institute. He is currently a member of the Advisory Panel to the Insolvency & Restructuring Rules Committee of the Singapore International Commercial Court. He is a graduate of Dartmouth College and New York University School of Law.