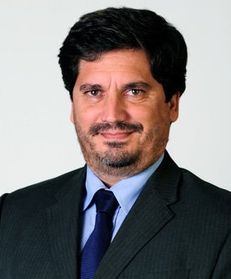 Fernando Hernández joined Marval, O’Farrell & Mairal in 2002 and became partner in 2011. Since 2015 Fernando is the head of Marval, O’Farrell & Mairal’s insolvency and restructuring department. Fernando received his law degree from the Buenos Aires University School of Law in 1994 and obtained an LLM at Columbia University School of Law in 2001. During the last decades Fernando has been involved advising either the debtor or creditors in some of the major international financial restructurings, out-of-court restructuring agreements and reorganizations, including the Supecanal S.A.’s reorganization Chapter 15 petition; the USD135 million Inversora Eléctrica de Buenos Aires S.A. out-of-court restructuring; the KLP Emprendimientos S.A. reorganization; the Sociedad del Plata reorganization; the Supercanal S.A. USD104 million reorganization and USD305 million principal amount secured notes cancellation; the USD800 million Cablevisión S.A. out-of-court restructuring and the USD150 million Compañía de Alimentos Fargo S.A. reorganization. Fernando has advised both debtors and creditors, has a large experience in cross-border reorganizations and is skilled in advising on complex restructuring cases. With a high experience in corporate finance and capital markets, Fernando’s knowledge of the insolvency proceedings is complemented by his demonstrated knowledge and experience in financial matters. His extensive experience in both procedural and finance matters give him an integral view of restructurings what allows Fernando to add great value to the planning of the processes strategies and the formulation of reorganization proposals. Fernando wrote many articles in the matters of his specialization, both domestic and international, and is a member of the Buenos Aires Bar Association, the American Bar Association, INSOL International, the International Insolvency Institute and the American Bankruptcy Institute.