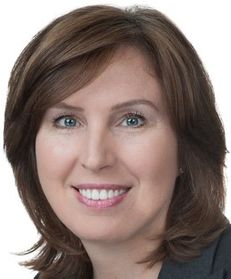 DJ Miller is a partner in the insolvency and restructuring group of Thornton Grout Finnigan LLP and has represented a wide variety of stakeholders in complex restructurings and insolvency litigation for the past 25 years. She was named 'Insolvency Litigator of the Year' (2018 and 2016) by Benchmark Canada, received the 2017 'Women of Excellence – Exemplar' award from the Turnaround Management Association and a Lexpert Zenith Award in June 2017. DJ was lead Canadian insolvency counsel to the UK Pension claimants in the Nortel Networks case, and was successful in obtaining a precedent-setting pro rata allocation of US$7.3 billion of sale proceeds among more than 40 insolvency estates in Canada, the US and Europe following the first joint trial of the Canadian and US courts. She has extensive experience on the 'deal' side of restructurings as well as insolvency litigation, and has appeared before every level of court in Canada. DJ is a member of the Insolvency Institute of Canada, has served as president of the board of directors of the Toronto Chapter of the Turnaround Management Association and currently acts as chair of the Chapter Presidents' Council of TMA Global. She is recognised as a leading lawyer in Insolvency Litigation and Financial Restructuring by The Canadian Legal Lexpert Directory, Chambers Canada, Who's Who Legal and Euromoney's Expert Guides (Banking, Finance and Transactional Law).