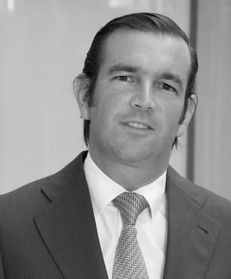 Borja García-Alamán is a partner in the firm’s restructuring and insolvency group. Based at Garrigues’ head office in Madrid, he holds a bachelor’s degree in law from CEU San Pablo University and a master’s degree in corporate and business law from Centro de Estudios Garrigues. He has been a partner at the firm since 2008, where he has spent over 19 years practising in the area of out-of-court restructuring processes in their widest sense (workouts, debt refinancing, distressed situations and acquisitions, operations and turnarounds), as well as in insolvency and pre-insolvency scenarios and related court proceedings. He specialises in providing advice on business distress situations to debtors (in situations of actual or imminent technical insolvency) as well as creditors (defending their claims or interests in a disputed contract in which the other party is or could be affected by insolvency). In this regard, Mr García-Alamán has a wealth of experience in preparing and petitioning for insolvency, having participated in many of the highest-profile insolvency proceedings conducted in Spain, often with a cross-border dimension. A significant proportion of his advisory work regularly focuses on directors’ liability, and on analysing the resistance to and risks of transactions (potentially) featuring an insolvency component. He is also regularly involved in negotiating and preparing refinancing agreements. His career has for years been singled out for praise in the most prestigious international directories, such as Chambers Global, IFLR1000, The Legal 500 and Best Lawyers. He is a regular speaker on courses and conferences on insolvency law and, inter alia, he has taught that subject on the business law master’s degree offered by Centro de Estudios Garrigues since 2009. Mr García-Alamán is a member of the Madrid Bar Association and a founding member of the Turnaround Management Association in Spain. He has acted as an expert contributor for the World Bank on ‘Doing Business’ since 2009.