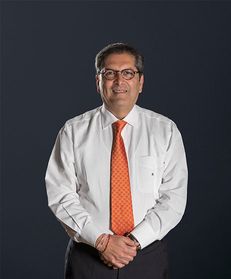 Bahram Vakil, co–founder and senior partner at AZB & Partners, is renowned for his restructuring, bankruptcy, and infrastructure and project finance experience. He has served on various high-level government committees on financial reform, foreign direct investment and securities market reform. Among these, Bahram was appointed as a key member of the Dr T K Viswanathan Bankruptcy Law Reforms Committee, constituted by the Indian Ministry of Finance, to draft the Insolvency and Bankruptcy Code. Bahram is also a member of the Insolvency Law Amendment Committee, constituted by the MCA to recommend amendments to the IBC; and the International Insolvency Institute (III), a non–profit, limited membership organisation set up to promote international cooperation and coordination in the insolvency field. Bahram is the first lawyer to be invited to the III.

Bahram also serves on the following committees: member of the Task Force on the Development of Secondary Market for Corporate Loans set up by the Reserve Bank of India (RBI) (2019); the Financial Sector Legislative Reforms Committee – SEBI Advisory Group (2011); and the UK Sinha Committee – Working Group on Foreign Investment in India (2010).

He has an LLM from Columbia University and is dually qualified to practise law in India and New York, being a member of the New York State Bar.