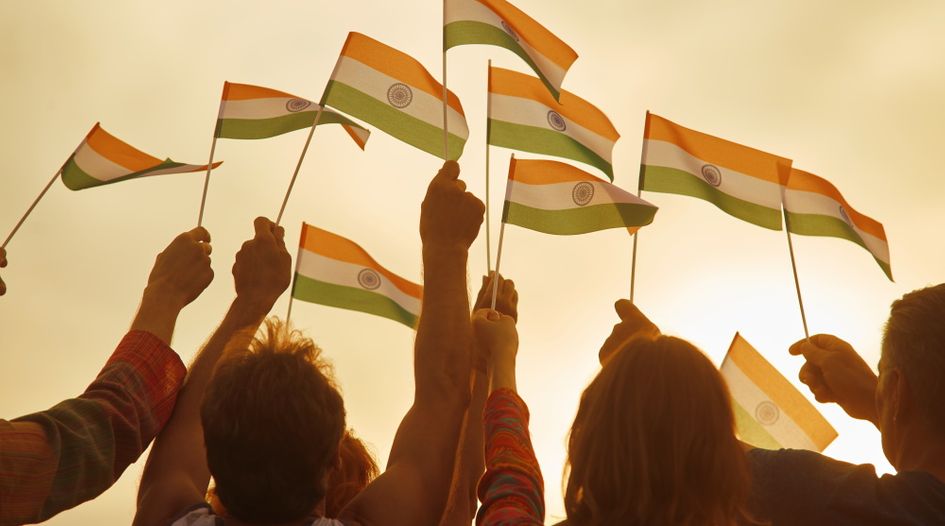 Supriyo Ranjan Mahapatra, an associate with the disputes practice at Trilegal in New Delhi, provides a brief overview of the Indian approach towards group insolvencies so far - including key trends ranging from the balancing test applied to the consolidation of assets, to cross-border concerns.

Commonly, a corporate group is a cluster of companies existing in horizontal, vertical or hybrid structure formats. A corporate group structure may have several operational advantages over isolated entities, such as greater efficiency, better management control and tax incentives. Corporate groups operate through a variety of forms, which may include: operational links such as a dependency on the supply of essential goods; and financial links, which include inter-corporate guarantees or inter-corporate loans and advances.

Where one entity of a corporate group enters insolvency, these links may make the operations of the entire group difficult. The insolvent entity’s insolvency process may itself become affected due to the corporate group’s behaviour. Therefore, where there is a default by one or more companies in a corporate group and on the existence of such links, common law prefers the consolidation of all the defaulting group entities’ insolvencies. Typically, group insolvencies aim to ensure value maximisation, procedural and cost efficiency, and the protection of all stakeholders’ interests.

Presently, the Insolvency and Bankruptcy Code 2016 (IBC) does not provide for the insolvency resolution of corporate group entities. In the absence of a dedicated legal framework, the insolvency process for each group entity is initiated in an isolated manner. In the recent past, Indian courts have relied on corporate behaviour to exercise their broad powers to consolidate the insolvencies of various group entities. However, under the IBC, the courts can not suo-moto direct the entire group or a related entity of a group to join an insolvency process of other related entities, unless the group or that entity files for voluntary insolvency, or if a creditor of the entity initiates insolvency.

Consolidation of insolvencies - a balancing test?

The principle of the separate legal entity and asset partitioning is commonplace in most jurisdictions. When multiple group entities with intermingled assets undergo insolvency resolutions, the insolvencies may be consolidated in the courts under a dedicated legislative power or through the exercise of broader equity-based powers.

Since the IBC was enacted in 2016, there have been a few limited instances of consolidation of the insolvencies of multiple group entities. A few headline cases:

(i) When the financial creditors of different Lavasa Group building project entities approached the National Company Law Tribunal (NCLT) in Mumbai this year for consolidation in Axis Bank Limited and others v Lavasa Corporation Limited, the NCLT in Mumbai in an order dated 26 February 2020 observed that the outcome of the insolvencies of the two relevant subsidiaries would largely depend on the result of their parent’s insolvency. The NCLT in Mumbai also considered the subsidiaries’ financial dependence on the parent. To avoid potential losses likely to be caused by fractured insolvencies, the Lavasa Group insolvencies were consolidated.

(iii) The NCLT in Mumbai also consolidated the insolvency processes of two steel manufacturing Uttam Galva companies, since their commercial operations were impossible to segregate and for a better payout to creditors by the prospective buyers.

(iv) While the NCLT in Mumbai consolidated the insolvencies of 13 Videocon entities relying on various inter se financial and operational links, on 8 August 2019 it disallowed the consolidation of two other Videocon entities that were self-sustainable (State Bank of India v Mr Venugopal Dhoot and Others).

In layman’s terms, it could be said the consolidation of group entity insolvencies is akin to a merger – the respective assets and liabilities of various entities are treated as one. Consequently, the creditors of each entity become creditors of the consolidated group. In such cases, Indian courts have broadly considered factors such as joint control, interdependence, the interlacing of finances, co-existence of survival, interests of all stakeholders, singleness of economic entity, pooling of debts and the prospects of a higher payout on consolidation among other things.

Overall, Indian courts appear to have attempted a balancing test: if the benefit of consolidation would outweigh the harm. Where the independent functioning of a group entity may be beneficial to stakeholders, Indian courts have also denied consolidation of group companies’ insolvencies.

The consolidation of related entities sits directly against one of the fundamental principles of corporate law, that of limited liability due to separation of the legal entity. However, it may be equally unfair and inefficient to deny consolidation, especially when there are crucial links. Consolidation should be undertaken sparingly and not as a general rule. Therefore, courts may do well to consider consolidation on a case-by-case basis while also laying particular emphasis on the standalone financial health of the concerned entity and its ability to run independently of its group companies.

Procedural cooperation and coordination is a fundamental principle underpinning in the insolvency of corporate groups. Cooperation and coordination should not run counter to the interests of creditors. They should be aimed at finding a solution that will leverage synergies across the group for the benefit of all stakeholders. Coordination and cooperation between the resolution professionals of the consolidated entities, creditors, and other stakeholders are very significant for the insolvency resolution of related entities.

By and large, the manner of coordination can be categorised into three broad categories:

(i) A single adjudicating authority hearing all the issues of the consolidated entities, such as in the cases of Videocon, and Uttam Galva;

(ii) A single/common resolution professional for the insolvency process of group entities; and

(iii) Procedural coordination between various stakeholders of the consolidated entities.

In the recent past, procedural coordination has greatly streamlined the insolvency processes of corporate groups in India.

Likewise, Indian courts have lifted the corporate veil when dealing with the insolvencies of group companies so that the economic activity of a corporate group may be examined as a whole:

(i) To protect Jaypee’s homebuyers, the Supreme Court of India on 11 September 2017 directed its parent company to deposit money, and attached its assets (Chitra Sharma & Ors v Union of India & Ors). In the insolvency of Indian construction and real estate company Amrapali, the Supreme Court on 1 August 2018 similarly froze the parent company’s bank accounts (Bikram Chatterji & Ors v Union of India & Ors); and

(ii) On 20 April 2020, the NCLT in Kochi in the insolvency process of UAE-Indian engineering company Albanna directed the invocation of bank guarantees submitted by the corporate debtor’s parent when the subsidiary had no assets (Sanghvi Motors Limited & Ors v M/s Albanna Engineering (India) Pvt Ltd).

Indian courts in these instances should remember the high threshold required for the lifting of the corporate veil. The corporate veil should be respected in the absence of fraud, or unlawful actions by the concerned entities.

Group companies commonly have overlapping boards of directors, and this may lead to serious corporate governance issues over entities of the entire group. After a company enters insolvency, actions can be initiated against directors who had behaved indifferently to the fate of the company. Under the IBC, directors may be subject to an action for fraudulent or wrongful trading; preferential transactions; undervalued transactions; and extortionate credit transactions. Similar applications also may be made by a resolution professional to unwind prohibited transactions even in corporate group insolvencies. The resolution professional for Videocon has recently moved the NCLT in Mumbai to unwind allegedly preferential and undervalued transactions made among Videocon group companies.

The NCLAT has previously ruled that only properties owned by the corporate debtor fall under the ambit of an insolvency moratorium (Schweitzer Systemtek India Pvt Ltd v Phoenix ARC Pvt Ltd & Ors, 9 August 2017). In the insolvency of textile manufacturer Alok Industries, the NCLAT held on 16 January 2019 that a moratorium order passed in favour of a parent company shall not come in the way of the commencement of insolvency proceedings against its subsidiary (Ashok B Jiwrajka, Director of Alok Industries Ltd v Axis Bank Ltd). Once the court has passed a moratorium order, the resolution professional may take possession of only the corporate debtor’s assets, as was the case in Alpha & Omega Diagnostics following an order dated 31 July 2017.

Therefore, barring the shares of the subsidiary,  the assets of all other entities are generally dealt with separate from the assets of the insolvent entity. Orders for consolidation of insolvencies such as in the cases of Videocon and IL&FS, or the instances of lifting of the corporate veil in the insolvencies of Jaypee, Amrapali and Albanna, are exceptions to this general rule.

Group companies are a sine qua non of modern-day commercial life. Large multi-national companies commonly incorporate subsidiaries and associate companies across the globe. In the case of standalone insolvency of one group company, the insolvency is governed by the law of the country where the company is incorporated. The assets of the insolvent entity may spread across various jurisdictions. These assets might also be under the control of its multiple subsidiaries or sister concerns.

Interestingly, the NCLT in Mumbai also recently allowed a second round of consolidation in the Videocon group’s insolvency, with four foreign companies. This decision, from 12 February 2020, involved interesting questions of the extraterritorial applicability of the IBC; and the collation of the foreign subsidiaries’ assets in the group insolvency process of the 13 other Videocon entities (State Bank of India v Mr Venugopal Dhoot and Others).

All eyes are now set on the NCLAT’s views in respect of a lenders’ appeal against the NCLT’s decision.

My three primary discontents with the Mumbai NCLT’s decision are:

(i) A conjoint reading of section 2, 3(7) of the IBC read with section 2(2) of the 2013 Companies Act suggests that the IBC is applicable only to Indian companies and therefore cannot be extended to foreign companies.

(ii) An exception can be carved out only when there is an agreement with a foreign country or a letter of request to a foreign nation under section 234 or section 235 of the IBC, for the purposes of resolving cross-border concerns arising out of an insolvency proceeding.

(iii) Even otherwise, the IBC does not permit consolidation of insolvencies when the subject company has not been declared insolvent by an NCLT on its own application or upon the application of its creditors.

Supriyo Ranjan Mahapatra can be reached at [email protected]. The views expressed in this article are personal.