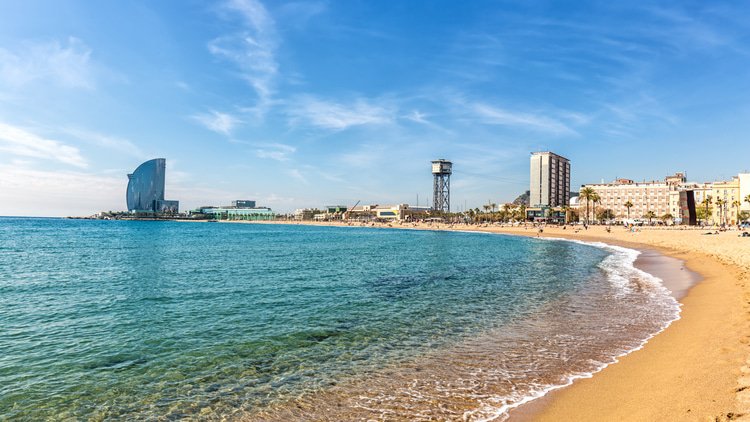 GRR is delighted to reveal the nominees for our first “Diversity in restructuring” award for a team or practice.

The winner will be announced at the GRR Awards 2019 on 15 June at the beautiful El Palace Hotel in Barcelona, one night before the opening reception for the International Insolvency Institute’s 19th Annual Conference.

Starting from 7pm, the Awards will begin with a networking reception followed by dinner, after which trophies will be presented in 11 categories celebrating the people, places and matters that impressed in the cross-border restructuring and insolvency sector over the past year.

In addition to the 11 awards categories, we will be revealing the top 30 firms in the GRR 100 2019, our annual guide to approved cross-border insolvency and restructuring law firms, which will be presented to the wider public on the morning of Monday 17 June.

During March and April, we asked readers to submit nominations for several of the awards categories.

We are now delighted to share the nominees for the “Diversity in restructuring” award.

Shortlists for the last remaining categories will be published in GRR over the next few days, after which we will also be unveiling the recipient of our annual lifetime achievement award.

For full details about the GRR Awards 2019, as well as photos from last year’s ceremony and to book a place, please visit our event website.

Diversity in restructuring award for a team or practice – nominees

Cleary Gottlieb Steen & Hamilton – Cleary says that diversity and inclusion are not mere buzzwords at the firm, but “absolutely central” to its founding principles and ongoing identity. The firm works with clients around the world who have a broad array of legal, business and cultural perspectives on a daily basis, so its lawyers can only benefit from interacting with people of different backgrounds and experiences, it tells GRR. The firm has a Women’s Working Group, which puts on training sessions on career networking and professional development for all seniorities of lawyers, including with female clients and Cleary alumnae. It also has multiple outreach programmes for law students, hosting on-campus chats with affinity groups at different law schools, including African-American, Latino, Asian-American, Southeast Asia, Middle Eastern and LGBT law student associations.

Additionally, Cleary awards a position in its summer associate programme for a first-year law student from a diverse background, runs mock interview processes for first-year law students, and participates in various law school diversity conferences and job fairs. In 2008, the firm was an inaugural participant in Sponsors for Educational Opportunity, a programme providing students of colour with internships and training before their first year of law school, and it continues to support the programme today. Other similar programmes that Cleary engages in include hosting NYC Legal Outreach, a one-week course designed to give a group of minority students an introduction to life as a lawyer; participating in the Thurgood Marshall Summer Law Internship Program, which places high-achieving inner-city high school students with law firm employers for the summer; and providing lawyers as mentors in a Practising Attorneys for Law Students Program, which offers mentoring and professional development opportunity to law students of colour in the New York City area. In 1991, Cleary began a continuing partnership with Washington Irving High School in New York City, to prepare students for university and adult life through after-school clubs and sponsorship of events that promote students’ talents. The firm has also teamed up with Bank of America to provide summer associates of colour with short-term internships in its legal and compliance departments.

For lawyers within the firm, Cleary has “liberal” maternity and paternity leave and provides flexible work schedules, circumstances permitting. These benefits policies are open to same-sex couples too. Finally, Cleary has a procurement policy that aims to encourage diverse suppliers to provide the firm with products and services, and asks major suppliers that don’t qualify as diverse to commit to and support their own supplier diversity initiatives.

EY (UK restructuring team) – EY says the diversity and inclusion agenda within its UK restructuring team includes taking steps in respect of race and gender with a view to increasing the proportion of female black and minority ethnic partners by 2025.

Its restructuring team already has 35% female partners, higher than the majority of practice teams within EY and the wider market. London restructuring partner Amanda Blackhall O’Sullivan is the diversity and inclusion partner in EY’s broad transactions advisory services practice, while partner Joanne Robinson and director Jo Hewitt have both co-chaired the EY Women’s Network. In 2018, EY launched a new maternity leave transition policy, introducing a role-sharing framework for part-time workers combined with a senior mentorship and coaching programme that recognises the difficulties of working in a restructuring and transactional environment while trying to keep a balance with family life. The firm has also recognised that male parents have similar needs to female parents that are overlooked and has set up a dedicated support network for male parents that leverages the existing provisions for mothers. More generally, all manager-level women are provided with access to a partner sponsor through the firm’s Career Watch programme, aimed at supporting women whether they choose to have children or not. At the more junior level, the firm has also set up a gender forum to provide trainee and associate women with a place to discuss and resolve gender issues with senior leadership. EY members also have steering committee positions in the International Women’s Insolvency and Restructuring Confederation (IWIRC) and run the UK-based Women In Pensions network.

Outside of gender-based initiatives, EY has a training and mentorship programme for black and minority ethnic members of staff aimed at giving junior colleagues access to senior role models. It has also recently launched a Cultural Inclusion programme to spread awareness of cultural and religious differences across the restructuring team, with the aim of empowering individuals to adapt flexible working arrangements so they can meet cultural and religious commitments when required. A recently launched Cultural Calendar also encourages staff awareness of different events around the year and helps to build understanding around cultural differences and values, so that members of staff feel able to share and “bring their whole selves” to the workplace.

To tackle any culture of favouritism, EY is currently trialling disruptive teaming and monitoring team diversity on engagements, making sure clients are assigned teams that reflect a broad range of perspectives. The Big Four firm has run a school leavers programme for 40 years, which has directly contributed some of the past and present restructuring leadership in its UK team. More recently, EY has hired school leavers through a Smart Futures internship programme, which targets high-performing students from underprivileged backgrounds.

Finally, EY’s UK restructuring team has a flexible working policy available to everyone, not just women after maternity leave: for example Karina Brookes, the co-leader of the firm’s 20-strong pensions advisory practice, works a four-day week.

Milbank (London financial restructuring group) – Milbank’s London restructuring group – bolstered by the hire of Cadwalader Wickersham & Taft’s four-partner team in January 2018 – believes itself to be the most gender-diversified restructuring practice in the London legal market. Women make up half of the group’s six partners, all of its special counsel, and over 70% of its 14-strong associate team. In the past four years, three partner-level promotions and two special counsel promotions have been for women members of the team. One of the partner promotions was made while the candidate was on leave, and a second candidate was promoted to special counsel and then to partner in each case within four months of returning to work from periods of maternity leave, the firm says. Indeed, more than 18% of the firm’s combined associate and special counsel group are working mothers, and 22% of the entire group overall. “We fully understand the pressures and challenges facing mothers returning to work and make efforts to proactively support that transition. We are proud that we have not had any associate attrition post maternity leave,” the firm tells GRR.

Outside gender equality, 25% of the associates and special counsel in Milbank’s London restructuring group, and 36% of the group overall, hold a nationality other than British, and it says that team members actively participate in diversity and inclusion initiatives at the firm, including in LGBT, Black Asian and Minority Ethnic, family-friendly and mental wellbeing focus groups.

Oon & Bazul – Oon & Bazul’s restructuring practice in Singapore is barely a year old, but it is led by a prominent female partner, Meiyen Tan, and has a female-male lawyer ratio of 3:1 as well as lawyers from both Singapore and Malaysia. Tan is a founding member of the International Women’s Insolvency and Restructuring Network’s (IWIRC) Singapore branch, and is also its immediate past chairperson. Senior associate Thenuga Vijakumar is the current secretary of IWIRC Singapore’s board.

Skadden Arps Slate Meagher & Flom – Skadden has a firm-wide diversity and inclusion strategy, and its restructuring group was an early adopter: the group hosted members of the diversity and inclusion leadership for a global department meeting aimed at inclusive collaboration and better diversity planning, then followed up with training on recognising and interrupting unconscious bias. Three out of the five new partners that have been promoted at Skadden or hired from other firms since 2016 were women. Women also make up 28% of the firm’s global restructuring partners against 22% among other departments at the firm.

Restructuring partners Shana Elberg in New York and Felicia Gerber Perlman in Chicago are members of local diversity and inclusion committees who work on law student outreach and hiring programmes, as well as associate and counsel development and engagement. Lisa Laukitis in New York and Jim Mazza in Chicago also took part as partner sponsors in a Career Sponsorship Programme that Skadden launched in 2017 for 18 pairs of sponsors and protégés, designed to help associates and counsel enhance their visibility. Laukitis worked with Christine Okike on the programme – Okike is now a partner in the corporate restructuring group in New York – while Mazza worked with associate Ebba Gebisa. Since 2013, the firm has also had a Women’s Leadership Forum, which provides high-potential senior associates and counsel with six months of workshops and coaching on leadership development. Seven women in the firm’s restructuring group, including Elberg and Okike, are alumni of the Forum. More broadly, in 2017, the firm introduced a Women Midlevel Associates Conference in the US, and is hosting its second conference in November 2019 for associates in Europe and Asia as well.

Skadden has affinity networks for lawyers who identify as women, people of colour, LGBTQ+, US military veterans and parents: Okike is a member of the New York Women’s Affinity Network Steering Committee and helps to develop programmes and events for the network. Finally, the firm has various part-time and reduced working hours programmes, including the Flexible Return Months programme, which allows those coming back from parental leave the flexibility to design their own return schedule for up to one year.