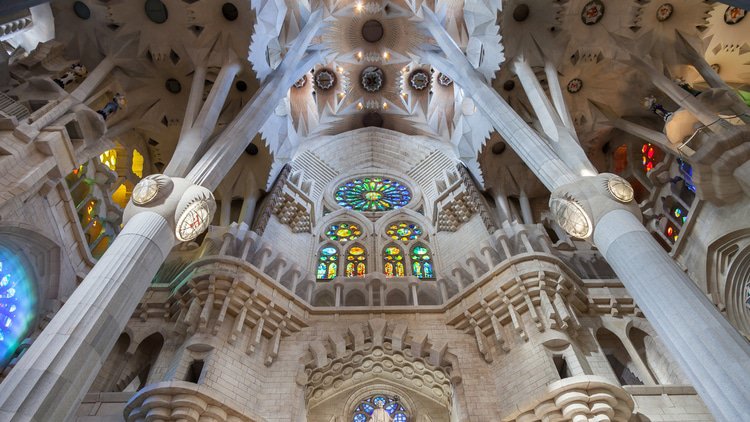 GRR Awards 2019: the nominees for the “Jurisdiction of the year” award are now online.

Set in the beautiful El Palace Hotel in Barcelona, the GRR Awards 2019 are being held on 15 June, the night before the opening reception for the International Insolvency Institute’s 19th Annual Conference.

Starting from 7pm, the evening will begin with a networking reception followed by dinner. Trophies will then be awarded in 11 categories, celebrating the people, places and matters that impressed in the cross-border restructuring and insolvency sector over the past year.

In addition to those 11 categories, we will also be revealing the top 30 firms in the GRR 100 2019 – our annual guide to approved cross-border insolvency and restructuring law firms – which will be presented to the wider public on the morning of Monday 17 June.

During March and April, we asked readers to submit nominations for several of the awards categories.

We are now delighted to present the nominees for “Jurisdiction of the year”.

Further shortlists in other categories will be published in GRR over the next few days, after which we will also be unveiling the recipient of our annual Lifetime achievement award.

For full details about the GRR Awards 2019, as well as photos from last year and to book a place, please visit our event website.

Jurisdiction of the year - nominees

Croatia – Croatia was nominated for the Lex Agrokor, or Law on Emergency Administration in Companies of Systemic Importance. Though the law was passed in 2017, it proved itself by restructuring Croatian food conglomerate Agrokor – an entity worth 15% of the country’s GDP – through a cross-border rescue that was completed in February 2019. The law was built on Italy’s Legge Marzano, an extraordinary administration procedure passed in 2004 for the restructuring of insolvent large industrial companies, and other international insolvency proceedings. It provided Agrokor with an extendable 12-month moratorium, an extraordinary commissioner, and the ability to obtain super senior financing, while allowing it to continue operating. The law also created a creditor council to approve payments in a bid to reduce systemic risk, permitted claims to be filed within 60 days, and allowed a plan to pass on approval by a simple majority of creditors in each class or two-thirds of creditors in aggregate. Around 80% of creditors approved Agrokor’s settlement plan in the timeframe of the moratorium under the law. A Zagreb court later approved it in July 2018, followed by courts in the UK – where it was the subject of the first-ever recognition application under the Cross-Border Insolvency Rules that faced a challenge – the US and Switzerland. It hasn’t all been completely plain sailing for the law though, as courts in Serbia, Slovenia, Montenegro and Bosnia and Herzegovina declined to recognise the extraordinary administration as insolvency proceedings.

Saudi Arabia – Saudi Arabia’s Council of Ministers approved its first bankruptcy law in February 2018, introducing restructuring procedures allowing viable businesses to continue, while establishing a legal exit route for debtors without a rescue option. Later that year, the Joint Directorate of Enforcement at the Al Khobar General Court agreed to enforce a US$1.6 billion Bahraini judgment against local conglomerate Ahmed Hamad Algosaibi and Brothers (AHAB), under Gulf Cooperation Counsel cross-border enforcement treaty arrangements. Two new credit companies, SIMAH and Bayan, were also licensed by the Saudi Arabian Monetary Authority, which has introduced a raft of policy measures aimed at supporting credit recovery, such as easing capital restructuring on foreign investors and improving matters for the small and medium enterprises sector. When the new bankruptcy law came into force last August, AHAB – which has been found guilty by a Cayman court of conspiring with its former head of investment, Maan Al-Sanea, to perpetrate one of the largest Ponzi schemes in history – became the first company to request a protective settlement process under it while the court reviewed a deal it had reached with a majority of its more than 100 bank creditors. However, the Commercial Court in Damman rejected AHAB’s application because it failed to sort creditors into different classes, even though AHAB maintains they all belong in one. The court then also rejected a further application for a financial restructuring process, questioning AHAB’s solvency. Al-Sanea and his own Saad group have had better luck so far, with a court approving financial reorganisation applications for them in February 2019.

EU – The European Union finally passed its planned preventative restructuring frameworks directive in December. The directive aims to harmonise insolvency and restructuring laws across EU member states and make discharge procedures more efficient to give entrepreneurs a second chance. Coming as part of wider ambitions to cut the quantity of non-performing loans (NPLs) held by European banks, it introduces new rules on cross-class cramdown and moratoriums, as well as a debtor-in-possession procedure where there is a possibility of insolvency practitioners being appointed. But because the directive sets “minimum harmonisation” goals that leave space for member states to decide how much they want to transpose into their national law, many European insolvency lawyers have described it as a disappointing political compromise, if a good start. The directive comes after the recast European Insolvency Regulation (EIR 2015) came into effect across the bloc in June 2017, addressing the restructuring of corporate groups and adding eight pre-insolvency processes to the list of proceedings that can be automatically recognised in the EU. A 2018 report by the Conference on European Restructuring and Insolvency Law highlighted big differences in the way states have adopted the regulation, however.

Ukraine – Ukraine’s new Code on Bankruptcy Procedures was passed on 18 October 2018, introducing a new regime for individual debtors and updates to corporate resolution processes. It permits the foundation of self-regulating organisations for insolvency practitioners to make their activities more transparent, and to distance them from the Ministry of Justice that currently controls them. It also simplifies and speeds up bankruptcy processes locally, giving more power to creditors, and awarding secured creditors the right to initiate bankruptcy proceedings. The new law also provides for online fire sales of assets, and has introduced the definition of “affiliated persons”, limiting their power to reduce former managers’ influence. The code was developed with help from the IMF and the World Bank.

Switzerland – Switzerland has refined its cross-border insolvency laws, effective 1 January 2019. Reforms to the Debt Enforcement and Bankruptcy Act (DEBA) mean debtors can now apply for Swiss recognition of foreign proceedings if those main proceedings were opened in the debtor’s COMI. The previous law only allowed foreign insolvency administrators and creditors to apply for recognition and stipulated the foreign proceedings had to be opened at the debtors’ legal seat. The reforms have also abolished a reciprocity requirement for recognition, as well as a requirement that foreign debtors must start auxiliary proceedings in Switzerland once their bankruptcy is recognised to collect assets – so long as there are no Swiss pledges on assets and no claims filed. In addition to these changes, Swiss authorities have been in talks with Germany to abolish certain early 19th century bankruptcy treaties agreed between Swiss cantons and German principalities that still remain part of Switzerland’s international bankruptcy law.

Bahrain – Bahrain’s new bankruptcy law, which came into force on 7 December 2018, replaced its old law of 1987 and regulates the insolvencies of trading individuals and companies (though it does not apply to consumer debtors, financial institutions and insurance companies licensed by the Central Bank of Bahrain). The law follows US and European models in promoting restructuring by introducing a debtor-in-possession regime and cramdown features, as well as an expedited process for pre-packed restructurings. It has also clarified creditors’ rights and priorities, and the Bahraini position on financial and derivatives contracts and their associated close-out netting provisions. Under the law, liquidations can now only be considered in Bahrain if rescuing the business has already been ruled out. Commentators have said that the most unusual and impressive part of the new law is that it provides for cooperation between courts and authorities in cross-border insolvencies. Chapter 5 of the new law says either a foreign court or insolvency representative can make an assistance application in Bahrain, which now permits the recognition of foreign insolvency proceedings.

Italy – The Code for Distress and Insolvency approved by Italy’s Council of Ministers this January finally implemented the so-called Rordorf Law or “Law 155 of 11 October 2017”, to replace Italy’s elderly insolvency procedures dating back to 1942. Set to enter into force in August 2020 – unless amended by the Italian parliament prior to the effective date – the law aims to harmonise Italian processes with the Recast EIR and the preventative frameworks directive. It brings in an early-stage restructuring framework and erases the word “bankruptcy” from the statute, which it was felt had negative connotations in Italian culture, preferring instead “judicial liquidation”. It also introduces a new status – “state of crisis” – as opposed to full “insolvency” and a raft of restructuring tools to help rescue those declared to be in that state. Elsewhere the new law has set up new ad-hoc registers for insolvency administrators, who will now have to pass an annual assessment by the court.

China – In January, China opened its first specialised bankruptcy court in the province of Shenzhen, operating underneath the Shenzhen Intermediate People’s Court. The new court will have jurisdiction over compulsory liquidation and bankruptcy cases, as well as ongoing bankruptcies previously filed in the Intermediate People’s Court. Located just across from Hong Kong, Shenzhen has close business links with the special administrative region and both cities fall within the Greater Bay Area initiative from the Chinese government, to integrate them with Macau and eight other mainland cities. The new court came as the governments of mainland China and Hong Kong announced they were working on a mechanism for the mutual recognition of insolvency orders. China’s infrastructural improvements are just a part of the change – the past five years have seen a sea-change in Chinese governmental attitudes towards the bankruptcy of both private and state-owned enterprises, leading to a burgeoning, increasingly market-led bankruptcy and reorganisation practice where once it barely existed.

DIFC – In recent months, Dubai’s financial free zone has quietly flirting with a number of legislative changes that would enhance restructurings locally and internationally. In October 2018 it invited comments on a draft insolvency law that would introduce a debtor-in-possession rescue process and moratorium similar to Chapter 11, and the UNCITRAL Model Law on Cross-Border Insolvency to the Dubai International Financial Centre’s (DIFC) regime. The proposed law would also bring in a new administration process for use where there is evidence of mismanagement or misconduct. A month later, the DIFC introduced a new scheme of arrangement mechanism similar to the English scheme as part of a new companies Law. The new scheme allows DIFC-incorporated entities to enter compromises or arrangements with creditors or shareholders. It will also be able to bind secured creditors, which the parallel “protective composition procedure” available in the onshore UAE’s 2016 Bankruptcy Law does not permit. Against the backdrop of these legislative changes, the DIFC courts have also been busy assisting foreign restructurings of late, recognising a liquidator appointed in British Virgin Islands for the first time in March, and appointing a pair of joint provisional liquidators from Deloitte over local private equity group Abraaj Capital, to provide continuity as Deloitte oversees the provisional liquidation of the group’s asset management arm in the Cayman Islands amid misappropriation of funds allegations.